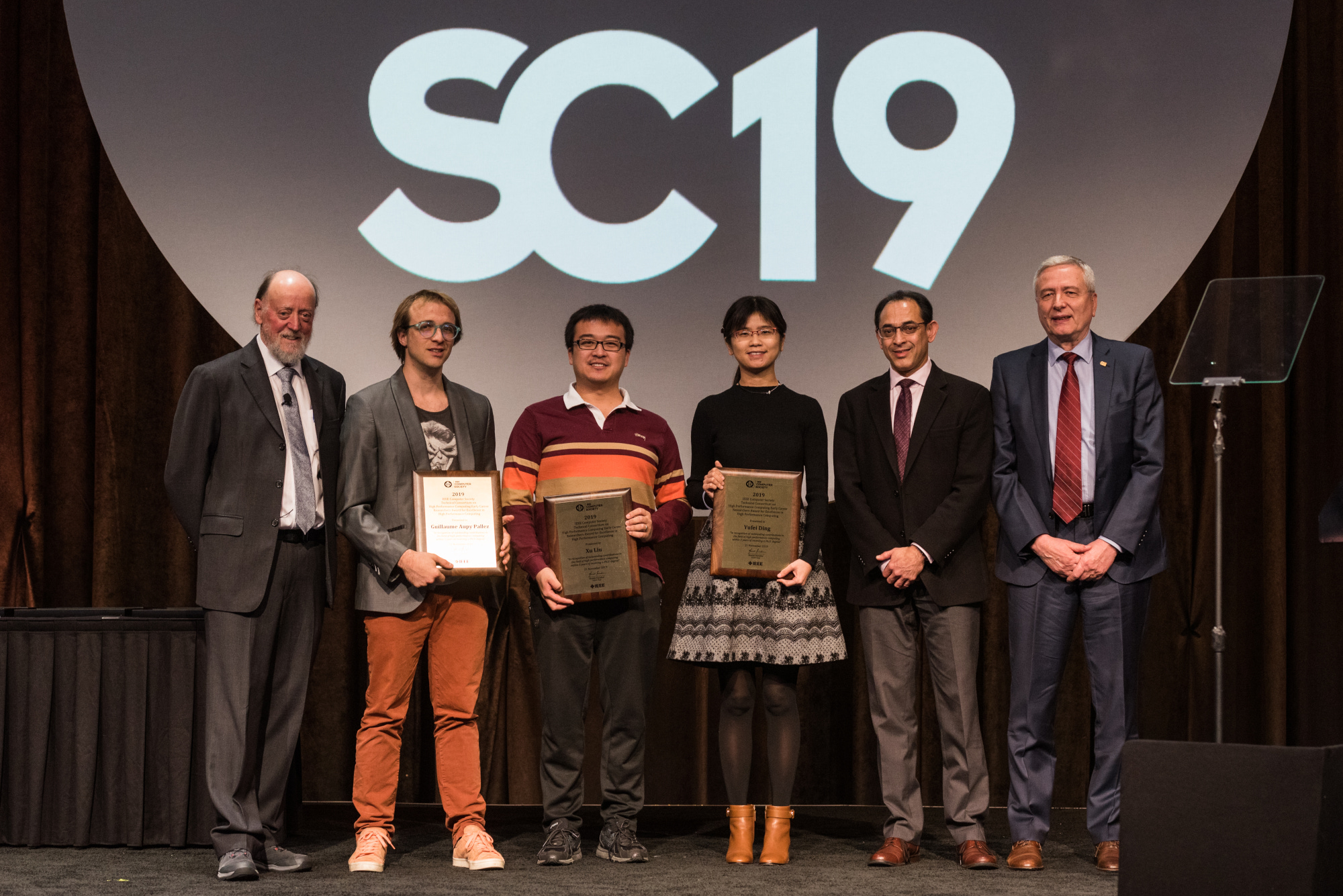 Prof. Ding’s research interest resides at the intersection of Compiler Technology and (Big) Data Analytics, with a focus on algorithmic autotuning, high-performance data analytics, and quantum computing. Yufei has been actively publishing in major venues in both computer systems and data analytics areas, such as ASPLOS, PLDI, OOPSLA, VLDB, ICDE, ICLR, and ICML. She was the receipt of the NCSU Computer Science Outstanding Research Award in 2016 and the Computer Science Outstanding Dissertation Award in 2018.

Dr. Xu Liu is an assistant professor in the Department of Computer Science at College of William & Mary. He obtained his Ph.D. from Rice University in 2014 and joined the College of William & Mary in the same year. Prof. Liu works on building performance tools to pinpoint and optimize inefficiencies in HPC code bases. He has developed several open-source profiling tools, which are world-widely used at universities, DOE national laboratories, and industrial companies.

Prof. Liu has published a number of papers in high-quality venues. His papers received Best Paper Award at SC’15, PPoPP’18, PPoPP’19, and ASPLOS’17 Highlights, as well as Distinguished Paper Award at ICSE’19. His recent ASPLOS’18 paper has been selected as ACM SIGPLAN Research Highlights in 2019 and nominated for CACM Research Highlights. Prof. Liu served on the program committee of major HPC-related conferences such as SC, PPoPP, IPDPS, CGO, HPCA, and ASPLOS.

Dr. Guillaume Aupy Pallez is a researcher at Inria Bordeaux Sud-Ouest and Labri laboratory of the University of Bordeaux. He received his PhD from ENS Lyon in 2014.

His research interests include algorithm design and scheduling techniques for parallel platforms, as well as performance evaluation of parallel systems. Some of his recent work revolves around the idea of designing efficient scheduling strategies to deal with applications with stochastic profiles (execution time, memory needs). He has worked on data-aware scheduling at the different levels of the memory hierarchy – cache, main memory, buffers, and disks. Finally, he has also developed efficient scheduling strategies for automatic differentiation and back-propagation on bounded memory systems.

Dr. Pallez served as the Technical Program vice-chair for SC’17, as well as workshop chair and inclusivity vice-chair at SC’18. He was also the algorithm track vice-chair for ICPP’18.

Awardees will be presented a plaque and will be recognized by IEEE Computer Society’s TCHPC and its member Technical Committees websites, newsletters and archives.

IEEE-CS will present the awards at the SC19 conference held in Denver, CO, USA, November 18 – 21, 2019. Details of the conference are available at http://sc19.supercomputing.org/.