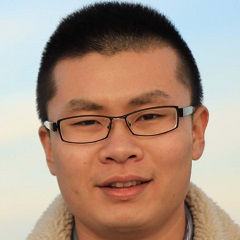 Dr. Yue Cheng is an Assistant Professor of Data Science and Computer Science at the University of Virginia (UVA). He received his Ph.D. in Computer Science from Virginia Tech in 2017. He was an Assistant Professor of Computer Science at George Mason University (GMU) from 2017 to 2022. His research interests include distributed systems, cloud and serverless computing, and high-performance computing. His current research focuses on the systems support for cloud- and HPC-scale data-intensive computing. His research results have been published at major conferences such as SC, HPDC, EuroSys, ATC, SoCC, and ICDM. He has developed a set of new techniques that make stateful serverless computing efficient, scalable, and easy to program. His work on serverless data analytics has been used by tech giants including Alibaba, Microsoft, and Adobe. Yue Cheng is the recipient of an NSF CAREER Award, a Meta Research Award, and an Amazon Research Award. 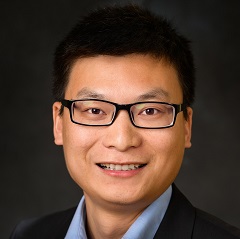 Dr. Hang Liu is the Presidential Fellow Assistant Professor at the Stevens Institute of Technology. He received his Ph.D. from George Washington University. His research focus is High-Performance Data Analytics. He is the recipient of the prestigious NSF CAREER award, Lawrence Berkeley National Laboratory SRP Fellowship, Champion of the Amazon/Amazon AWS Graph Challenge, and Provost’s Early Career Award for Research Excellence. His research has significantly impacted the HPC community, i.e., Enterprise (SC ’15) was regarded as one of the fastest graph traversals on a single GPU. UKSM (USENIX FAST ’18) was adopted by various Linux distributions. PM-LSH (VLDB ’20) won the “one of the best papers” award in VLDB ’20. GSoFa (TPDS) is being integrated into SuperLU_DIST, a flagship direct solver of DOE. He is also the major contributor to an online research experience-sharing forum (https://github.com/asherliu/researchHOWTO), which aims to broaden participation in HPC. 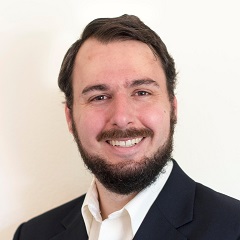 Dr. Elliott Slaughter is a Staff Scientist in the Computer Science Division at SLAC National Accelerator Laboratory. Previously, he completed his Ph.D. in Computer Science at Stanford University. Dr. Slaughter is a pioneer of task-based programming models for high-performance computing, large-scale data analytics and machine learning. He was an early core contributor to the Legion project, and created Regent, a task-based programming language. Regent enables users to quickly and easily create programs that run on the world’s largest heterogeneous supercomputers. Notable Regent programs include S3D, a direct numerical simulation of turbulent combustion with complex multicomponent chemistry, and HTR, a high-order code for hypersonic aerothermodynamics. These and other Regent programs have run on four of the current top ten supercomputers, including Frontier, the first exascale supercomputer, at Oak Ridge National Laboratory. Dr. Slaughter’s other contributions include key techniques for task-based programming models, such as control replication, which enable dramatic, asymptotic improvements in the scalability and performance of task-based programs.

The TCHPC Award recognizes up to three individuals who have made outstanding, influential, and potentially long-lasting contributions in the field of high-performance computing within five years of receiving their Ph.D. degree as of January 1 of the year of the award.

Awardees will be presented with a plaque and will be recognized by IEEE Computer Society’s TCHPC and SC22 websites, newsletters, and archives. They will receive complimentary technical program registration, hotel accommodation at SC22 as well as complimentary IEEE/IEEE CS membership for one year.

IEEE-CS will present the awards at SC22 in Dallas on Thursday, November 17 from 12:45-1:30 p.m. in the Dallas Ballroom/Omni Hotel. Full information about the conference can be found at https://sc22.supercomputing.org/.